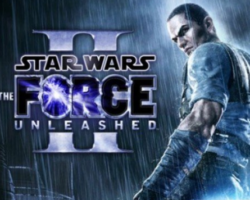 Among numerous titles that tell stories about Jedi warriors, the Star Wars Unleashed is one of the most successful. This is a rare case for Star Wars franchise that can boast of having a great deal of different games released, but cannot boast of having at least a couple of good ones. This one is famous not only for the popular story known by millions of people around the world, but rather for technologies. Due to the Euphoria technology, this title will bring you a ton of positive emotions. And of course, the Star Wars universe is always great.