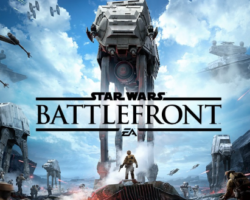 Star Wars is more than just movies. There are numerous amazing games inspired by the story of the epic cosmic struggles between good and evil powers. The Battlefront series is a shooter title, where you will play for one of the armies that fights an opposing one. The actions take place in various times of the original story behind Star Wars franchise. Galactic Republic and Confederacy will struggle in the space. You will have to invent fighting strategies to defeat your enemies.