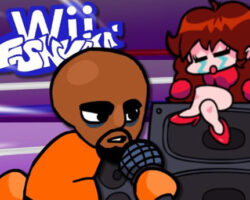 We all know Matt as he is a popular character from Wii sports games. Now we meet him as an antagonist in a new FNF mod. Matt is a bald guy with a funny beard, wearing a bright T-shirt and a pair of black pants. He is a tennis player, but not very successful. As the weakest player in the sport, he has been nominated as the worst player more than five times. But it does not mean he cannot sing and dance. Will the boyfriend be able to defeat him in musical battles? You will need to start the game to check it.

FNF Vs Perry the Platypus