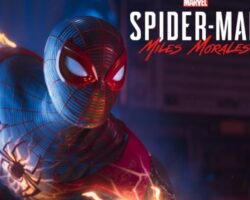 We know Spider-Man as Peter Parker. Now it turns out that his costume also fits another, no less interesting guy, Miles Morales. The two heroes are very different from each other, and the difference is felt from the very first minutes of the game. Parker is a terribly self-confident and positive guy who takes responsibility for his actions, gets involved in the most insane adventures, dares to challenge powerful villains and at the same time clearly understands his goal. The main thing is that the city is safer now – that’s his motto. Miles is the complete opposite, and as the game progresses, we will observe his transformation.

At first, Morales is a loser and a softie. He keeps repeating that he won’t succeed and he can’t handle it. But when he is put face to face with a dangerous situation and has no other choice but to act – he acts quite all right. Like Parker, he takes on a dozen bandits, sweeps between skyscrapers on a web, sneaks into the territory of a powerful corporation, fights supervillains chained in armor. Through the course of the game, we witness the evolution of the main hero, the way he pulls himself together, steps over his indecisiveness and realizes his full potential. And isn’t it just the reason we love stories about superheroes so much? Go through that awesome transformation together with him playing Spider-Man: Miles Morales online!