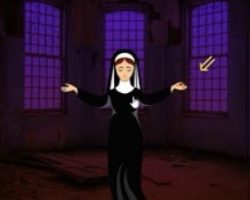 When you went to school, you had a friend who was a nun. She used to run a choir and you were also a member of it. However, your voice was too quiet to sing in a group. It could barely be heard through the loud voices of other seminarians. Most of the time at rehearsals you were singing falsetto without even realizing whether you were doing well or not. To make your life easier, the nun tasked you with checking who is present every time the choir gathered to practice a new song. That allowed you to spend some time checking the attendance and only when you were done you had to go back and sing with the others. That continued for a couple of years until you left school.

After you graduated, you thought you won’t have anything to do with the place where you used to study anymore. But suddenly the school board invited you to lead the choir. You have been performing this assignment for some time, but you were gradually falling apart with the group. Finally, you decided the job was not for you. So you handed your responsibilities over to the younger members and just observed the rehearsals from afar. Then you unexpectedly found out that your old friend, the nun, is back in the city for a short stay. You wanted to see her, but nobody could tell you where she stopped. You knew that she was very attached to the school, so you figured you should look for her there.

But, as it turned out, things weren’t that simple… The nun got stuck in a deserted part of the building and you seem to be the only person who can help her get out. Solve all the puzzles, find the keys and unlock the doors leading to freedom. The nun will be grateful to you for rescuing her! At first, the riddles will be easy, but things will get more and more complicated as you proceed through the scenario. Will you be able to help the poor nun escape? Let’s find out!