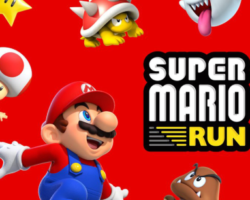 Are you ready to join brave plumber Mario in his adventures? Our hero visited a magic land where he had to fix the pipes in the king’s castle. Suddenly a dragon appeared and started burning everything on his way! The castle burst into flames, but Mario managed to escape and now he needs to run away from the fire-breathing beast. You are going to help him in that! He will be running as was as he can jumping over the obstacles, fighting monsters and collecting golden coins. Play Super Mario Run online and have some retro fun!

Among Us The Airship