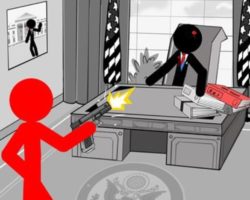 The city is attacked by a hostile army that kills all of its dwellers. In Stickman Army: The Defenders there is no hope for anyone. Anyone but you, a player who has knowledge of how to wedge wars and is capable of recruiting the most powerful squad to protect peaceful citizens. A well-equipped group of soldiers can crash down an immense number of enemies without losing a lot of warriors and save hundreds of people endangered by the military aggression. Explore war strategies and the strong sides of each soldier, gather the best army and set out to defend the city from ruthless and blood-thirsty enemies!