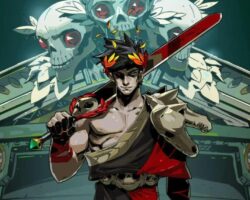 This intriguing game will take you to the underworld where you’ll be playing the role of a young god. You want to rise to the surface and look for your lost mother. But your despotic father Hades is not very inclined to allow you that. He ordered his subjects to interfere and stop you. As a result, the main character, having enlisted the support of other inhabitants of the dead realm, repeatedly tries to make his way up through the labyrinth of underground halls filled with sinful souls and the servants of Hades. Will you help him?