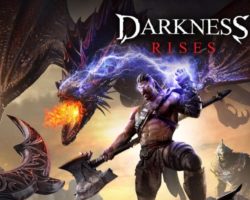 The world is in danger. An army of demons is preparing to invade the surface of earth and only a true hero can stop them. Pull all of your bravery together because you are going up against the entire hell! Amazing graphics, diverse class system and powerful weapons are waiting for you in this thrilling RPG. Choose your character, from a fierce berserk to a mighty witch. Defeat the monsters with your unique abilities or fight other players on the arena to prove that you’re the strongest!