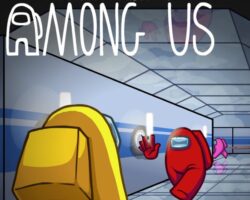 They say space plays terrible tricks on human mind. Something happened to one of the spaceship crew members. He got mad and started killing everyone in the vicinity. People keep disappearing in an unknown direction and nobody can figure out what to do. You suspect that somebody you know very close can be behind it. If you hope for the deaths to stop, you need to run an investigation and reveal the murderer before he kills every last person on the vessel! Follow the trace of evidence, don’t believe anyone and do everything you can to avoid a grim fate!

Among Us The Airship

Among Us Last Version

Among Us for Two