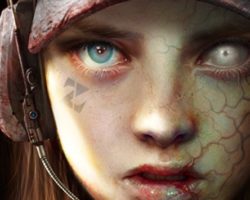 The horrible zombie plague has left the world in ruin and now there are only a few survivors struggling to fight the planet back from those ugly creatures. Age of Z is a building strategy game where you’ll be creating your own civilization from scratch. Form alliances with other players, combat the walking dead in the wasteland and recruit an army big enough to cope with this danger! Build a secure base, provide the settlers with everything they need and accomplish missions in this grim post-apocalyptical survival quest!

The Binding Of Isaac